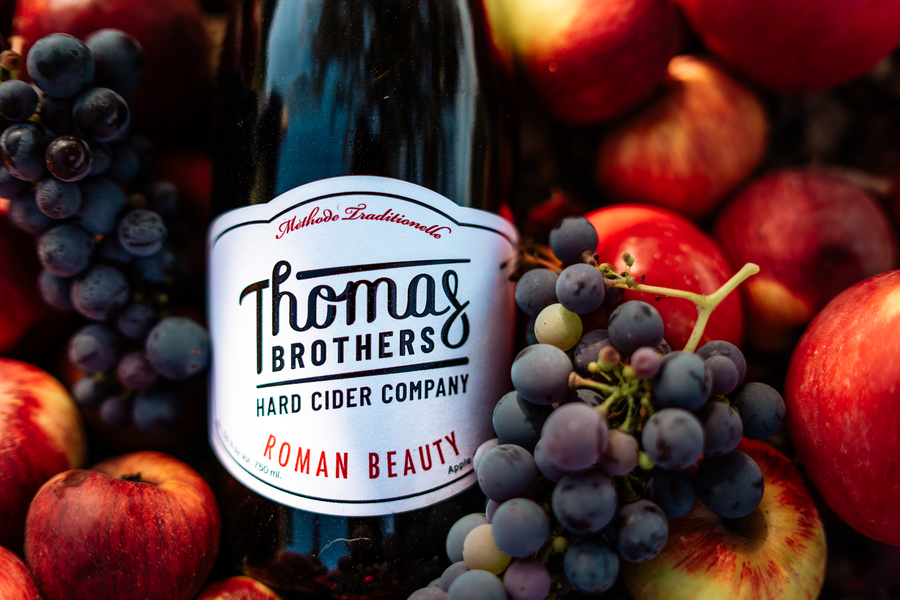 The Rome apple, also known as Rome Beauty, originated from a tree planted on the banks of the Ohio River in Rome Township near Proctorville, Ohio in the early 19th century. It’s flesh is firm, crisp and juicy with a tangy pleasing flavor.

Zinfandel is a black skinned wine grape grown only in California. Production of this grape dates back to the mid 19th century, making it one of the oldest, if not the oldest California wine grape varieties. The taste of these grapes can range from red berry fruit flavors such as raspberry to blackberry, anise and pepper depending on the region from which they are grown.