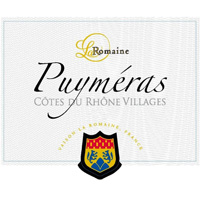 Red Blend
Côtes du Rhône Villages
$16.00 / 750 mL
$20.00 MSRP
Vaison la Romaine is a village in the Northern Vaucluse, and is home to a world-famous weekly market for foods and dry goods. If you’ve read any of Patricia Wells’s Provençal cookbooks, you’ve seen pictures of Vaison with its Roman ruins, ancient (and still used) Roman bridge, and breathtaking stone houses hanging on a cliff by the river. Vaison la Romaine’s cooperative winery produces Côtes du Rhône and Côtes du Ventoux wines – the latter named for nearby Mont Ventoux (famous in the U.S. for the Tour de France). While similar in composition to Côtes du Rhônes, Ventoux wines are a bit lighter and brighter tasting. In the past few years, the coop has started producing Côtes du Rhône Villages wines. This means that all the grapes in that particular wine come from villages that have received a higher designation from the French winemaking authorities, and from particular vineyards in those villages. When the village is named, all the grapes come from a single village. Cave la Romaine produces Villages wine from Puyméras, a village near Vaison la Romaine, as well as other small villages in the region.

You'll notice the label looks nearly identical to another of our wines from Cave la Romaine, the Côtes du Rhône Villages Séguret. When the cave gained members in some of the surrounding villages and their grapes had the same Villages designations, the winemaker decided to try something new: take the wines from these villages and vinify them exactly the same way (steel fermentation, aged in concrete tanks), with the same blending composition (70% Grenache and 30% Syrah). The only difference is the villages that the grapes come from. Try both and you'll get a real sense of what it's like to visit the region and compare wines!