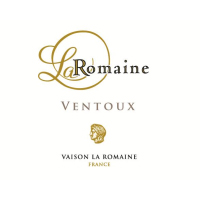 Red Blend
Côtes du Ventoux
$13.00 / 750 mL
$15.00 MSRP
Vaison la Romaine is a village in the Northern Vaucluse, and is home to a world-famous weekly market for foods and dry goods. If you’ve read any of Patricia Wells’s Provençal cookbooks, you’ve seen pictures of Vaison with its Roman ruins, ancient (and still used) Roman bridge, and breathtaking stone houses hanging on a cliff by the river. Vaison la Romaine’s cooperative winery produces Côtes du Rhône and Côtes du Ventoux wines – the latter named for nearby Mont Ventoux (famous in the U.S. for the Tour de France). While similar in composition to Côtes du Rhônes, Ventoux wines are a bit lighter and brighter tasting. The Volupté, as you might expect from the name, is richer and has a longer finish than the other Cave la Romaine Ventoux red we are importing, theTradition. This makes it an excellent wine for meats and roasted vegetables. The 2011 vintage is the result of a very warm year and has even more "voluptuous" character than past years.